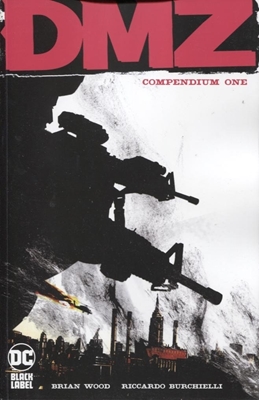 "The dramatic images recall the nightly news, and the stories of war-zone life ring true. A-" - ENTERTAINMENT WEEKLY

When Middle America decides to rise up and wage war against the United States of America, it marks the begining of the Second American Civil War. Caught between the Free States of America and the federal government is the island of Manhattan, which has become the hotly contested borderland known as the DMZ.

Five years after the start of the conflict, rookie photojournalist Matty Roth arrives in New York City to document the lives of the remaining residents. For these people-and Matty-every day is now a struggle to survive in the world's most dangerous war zone.

Written by Briand Wood and featuring stunning art by Riccardo Burchielli and others, this volume collects DMZno 1-36 and contains over 800 pages of materialfrom the critically acclaimed series that depicts the horrors of war in a world that isn't much different than our own.

Click here to view/purchase the DMZ Compendium Vol 1 TPB in our store! 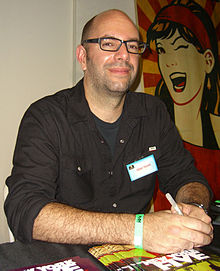